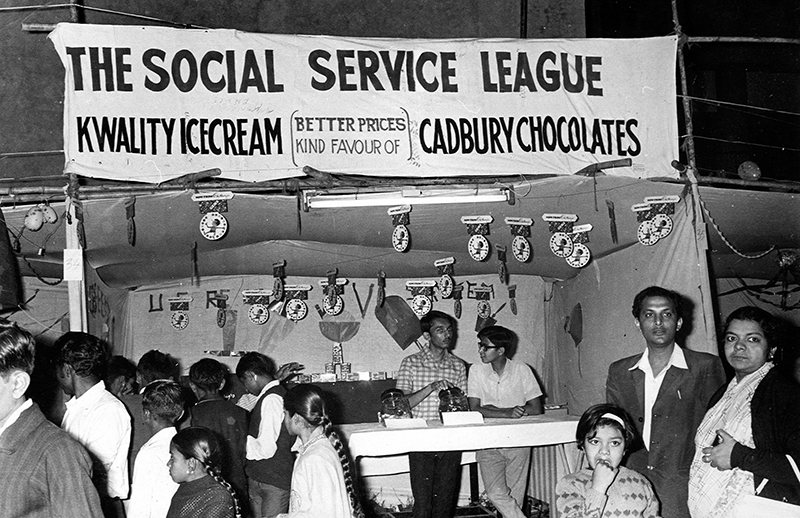 St. Xavier's Social Service Society (SXSSS) grew out of a 1960s outreach program of students and faculty at St. Xavier's High School Loyola Hall, Ahmedabad. Over the years three areas have come to the fore: education, organizing people's groups, and people's action to improve the quality of their lives. Thus its motto: "To help people to help themselves.

In 1973, in the wake of the floods in the Sabarmati River which destroyed several hutments and left thousands homeless, Jesuit Fr. Erviti brought together a team of young architects who built Sankalitnagar on the outskirts of the city of Ahmedabad, a model of low-cost housing for people of diverse faiths

In 1976, Fr. Erviti, S.J., founded St. Xavier's Social Service Society (SXSSS) beginning with rehabilitation work in Sankalitnagar. In 1983 it moved on to Mahajan-no-Vando and the Nagori Kabrasthan slum settlements. It also obtained its own premises apart from St. Xavier School. In 1986 Erviti died but other Jesuits carried on the leadership.

SXSSS also responds to emergency situations – cyclones, floods, droughts, earthquakes,[12] and communal riots that have ravaged life in Gujarat. "In India in 1991, social and religious tensions in the shantytowns of Ahmedabad were erupting into violence with increased frequency. Saint Xavier's Social Service Society launched a program of peace initiatives such as street plays, festivals, and community meetings that served to counter propaganda and diffuse confrontations." By 1994 the Society was active in seven major slum pockets, and had increasing manpower and resources. Funds for its food for work program come from several foreign countries. Since SXSSS is not run by Hindi or Muslims, it is seen as speaking to racial issues from a neutral perspective. Also, it has Sikhs, Jains, Hindi, and Muslims on its staff. In 1995, the organization was named the first recipient of the Anubhai Chimanlal Nagarikta Puraskar for its sustained contribution to the city of Ahmedabad.

St. Xavier's Social Service Society continues its close ties with the Jesuit schools in Ahmedabad. In 2007 the Loyola Evening School (LES) was inaugurated as a joint venture of SXSSS and St. Xavier's High School Loyola Hall. It offers children from the slums an opportunity for study and recreation. By the 2010s SXSSS was working in 30 slum pockets of 10 municipal wards in the city of Ahmedabad, while continuing its organizational and advocacy work on a wider scale.

Every year St. Xavier's Social Service Society celebrates "Lokotsav" in the memory of its founder Fr. Erviti, with a host of festive and informative programs that attract thousands of people. In 2014 Lokotsav built on the theme of International Women's Day.

To make people aware of their right to food and as a forum for people to speak out regarding corruption in government which impedes people from getting benefits of various government schemes, SXSSS arranged a public hearing in co-ordination with other NGOs and a new forum was formed: Anna Surakhsha Rights Platform.

The Society's main efforts in environmentalism have been by stimulating the solar cooker movement and by educating for the preservation of forests. SXSSS has been recognized for its environmental efforts by being one of only two Christian NGOs in India invited to the Earth Summit in Rio de Janeiro in 1992.